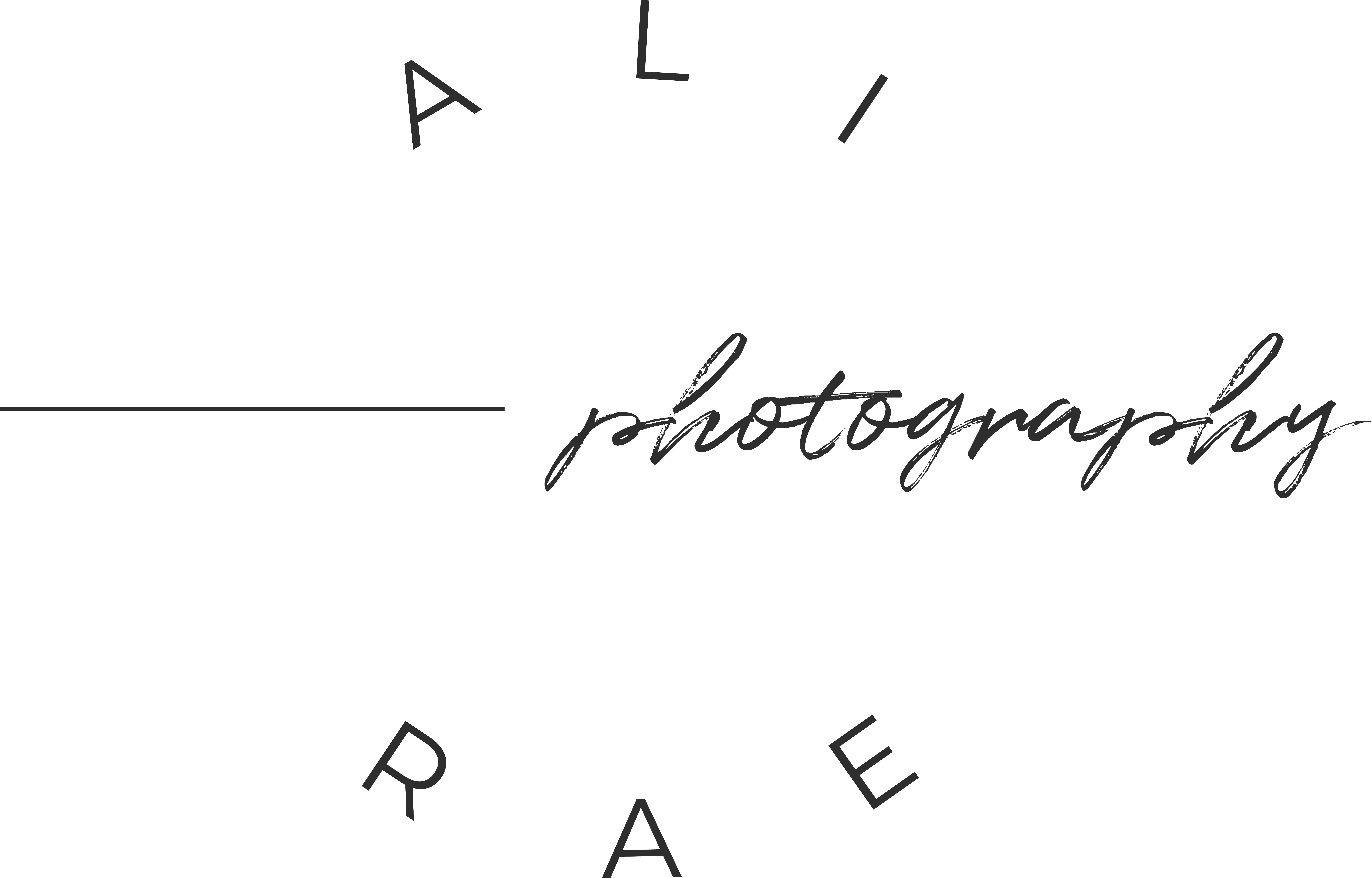 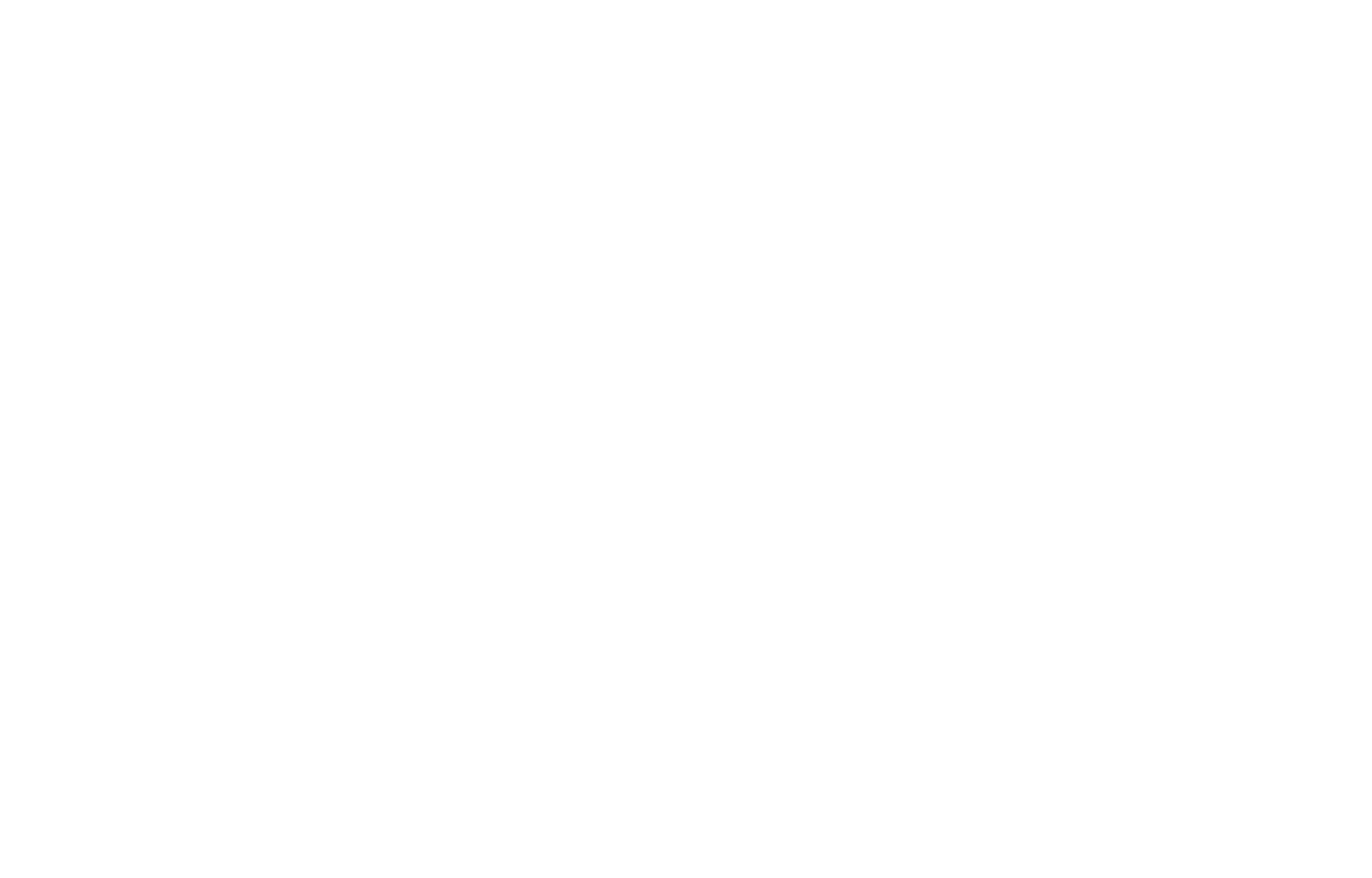 Getting a glimpse of the love that exists between people and having the privilege to capture those moments that deserve to be remembered is why I love what I do. Let’s break the rules together and have a little fun.

I’m so glad you want to get know me better. The great outdoors has always been a major part of my life. I grew up in a small town in the heart of the Columbia River Gorge, where my backyard was an endless trail of adventures. My afternoons were spent exploring the gorge, hiking in the rain, and uncovering hidden trails and secret hideouts. I’ve called the northwest home for a long time, although my love for exploring keeps me on the move.

Photography has brought me joy since I was a little girl. My first camera was an old, hand-me down Polaroid my mom gave me and ever since that first canister of film, I was hooked. But it wasn’t until a few years back, while backpacking my way through Southeast Asia, did I realized how fulfilled I felt every time I photographed someone caught up in the moment, utterly consumed by the breathtaking landscape they found themselves in. I knew then, that by documenting those moments in time I was preserving a feeling that deserved to be revisited many times over. The emotions captured in those special moments brought those photos to life, and I realized I wanted to do this every day, as much as I could. 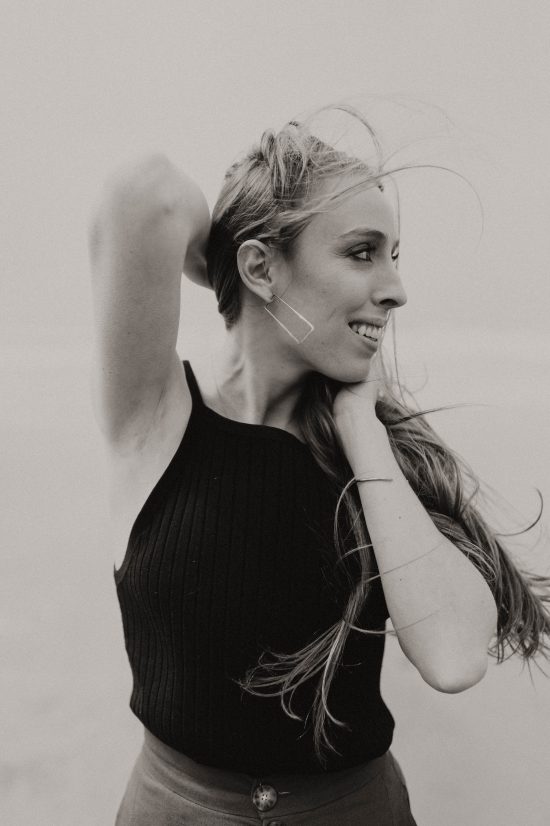 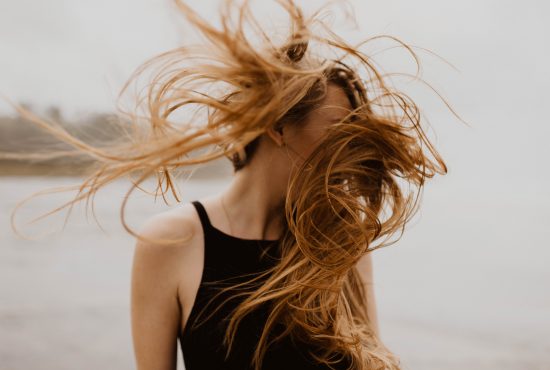 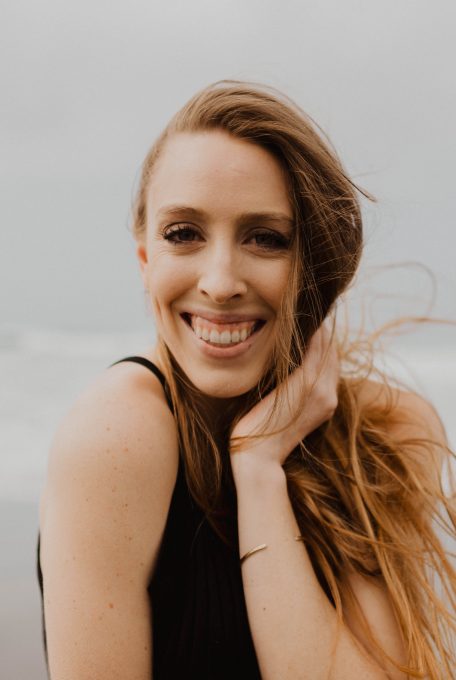 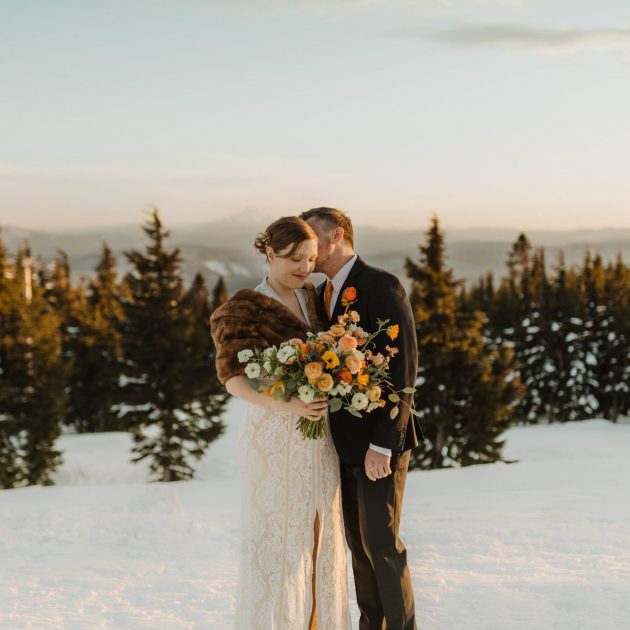 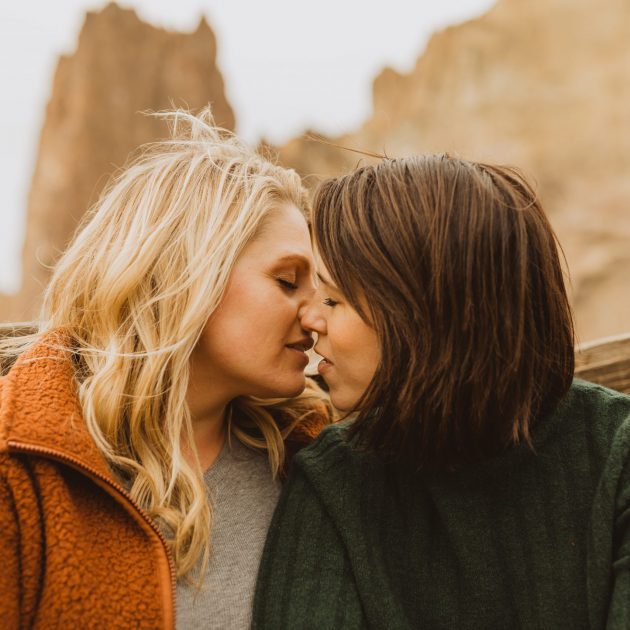 This winter engagement session was pure magic! We spent the afternoon in the desert hiking around Smith Rock, in awe of the landscape surrounding us. 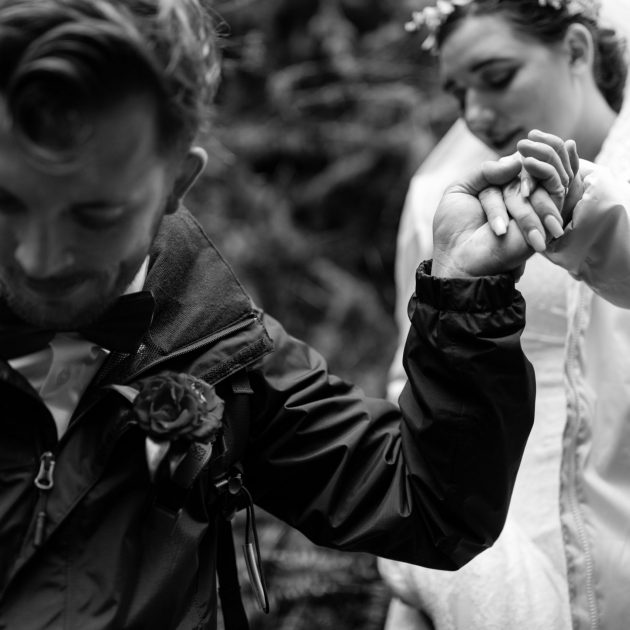 A waterfall elopement in the Pacific Northwest. They road tripped from California to elope at one of Oregon's picturesque falls.

PREV.
“
Ali, you were 100% perfect for everything we wanted, needed, expected. These photos are beautiful. When I was on that patio in the cold and you were taking the group shots, I had no idea that Mt. Hood was in the reflection of the window and the light could look that incredible. You have a gift. You also heard us when Mark said, give me the raw stuff, if it's out of focus in some respect don't throw it away. We love those, give us real. We had such limited time and you gave us so so much. You're not only talented but the perfect mellow, go-with-the-flow kind of a person. It was a small ceremony and you were one of us.
MARK & CASSANDRA - MOUNT HOOD, OREGON
“
We got up early on a cold and windy January morning and headed out to Rocky Butte Park. Ali spent over an hour with us in the frigid morning air and shot some of the most beautiful pictures I could've imaged. A week later she sent us more photos than I'd ever hoped to get back, with memories to be treasured forever.
HAILEY & KYLE - PORTLAND, OR
“
Where do I start? Ali is amazing for so many reasons. I feel honored I get to work with her so often since we live so close. First, Ali is prompt when scheduling shoots which is so refreshing. She is attentive when I tell her what I’m looking for in our photos and has a true desire to make us happy. When my husband and I decided to do a five year anniversary shoot in all our wedding get up she jumped at the chance to take the photos. After deciding on a location, we drove the hour out to the Columbia River Gorge near Portland, Oregon together and chatted about what kind of photos we were both hoping to get. It ended up being a dry, clear day but freezing! You would have never known how cold it was from Ali though; she was all smiles the whole time. She really made us feel beautiful while laughing with us and cracking jokes. She made us feel comfortable in front of the camera and constantly reminded us how stunning we looked. It was an incredible day together where Ian and I got to remember how in love we are. Getting the photos back was breath taking. Ali captured the views of the gorge we were hoping for and got some great moments of Ian and I close up. I love the photos and will cherish them forever.

IAN & COURTNEY - COLUMBIA RIVER GORGE
“
Ali doesn’t just take pictures, she captures moments. I didn’t have a lot of experience with professional photos, but Ali’s excitement and positive feedback helped me to relax and go with it. I wanted variety in my photos and that’s exactly what she gave me. Not only did I feel comfortable throughout, but she made me feel like I was nailing it which totally lifted my confidence. I felt beautiful! With my hair whipping in the wind, Ali was able to direct my movements so they coincided with the dramatic background of the Columbia River Gorge landscape. She had a well thought out plan of action and was able to adapt to the weather around us. She was professional but also easy and fun to be around, working hard to capture moments that I would personally enjoy. I was delighted to receive my photos in a such a timely manner. She is an incredible artist and will go far with her talents. I cannot thank her enough for making me feel like a cover model!
TAYLOR - COLUMBIA RIVER GORGE
“
I am blessed to have someone as talented as Ali to capture life's moments. She truly has a natural talent and a clear passion for photography, it shows in her work. Ali was my first experience having professional photos taken and I can't imagine a better outcome. Her direction during the session and timely turnaround of the photos was such a nice surprise. She is just as excited about the photos as the couple she is working with. I continue to follow her work and can't wait for the day she takes our engagement photos! Thank you Ali for capturing some beautiful moments that I will always have to cherish.
LIZ & JUAN - HUACACHINA, PERU
NEXT
FEATURED ON 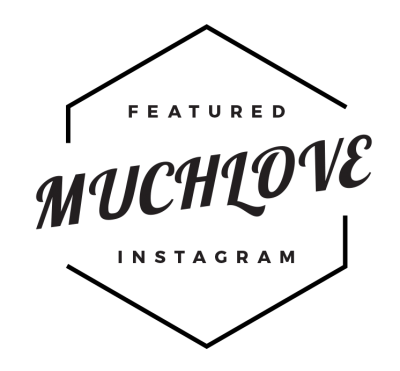 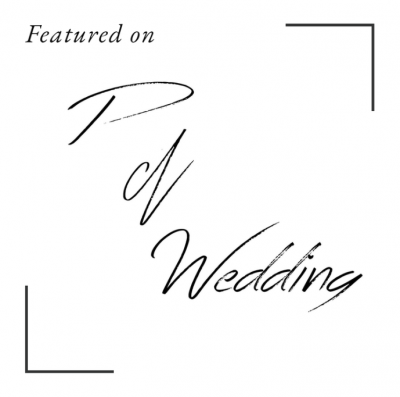 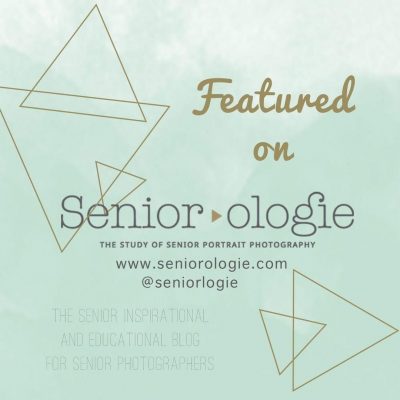 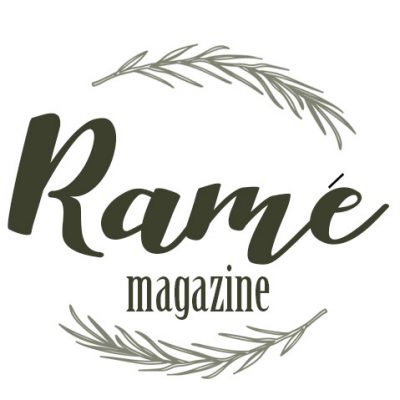